Quite The Wake-Up Call

In college, as soon as I signed up to be an English major, that was the end of math class, at least, for me. Never again did I have to worry about all those crazy formulas, prime numbers, and other math terms that I can’t even remember now.

Then, why on earth did I have the desire to create a line graph the other day? No, certainly not out of any nostalgia for geometry class, but, I have to admit, perhaps my teacher was right: I do need some math in the real world.

You see, it appears that for the second winter in a row, the shower in my apartment gets stage fright in the morning when it comes to providing hot water. Its nose of a nozzle appears to look down on us on the fact that we prefer to stand in hot water in the morning.

I thought plotting the times on a graph would help me spot a trend. Nope. The same 8:30 AM that gave me hot water on a Tuesday morning did not suffice the next morning, or on the following Tuesday, for that matter. The following times also failed: 6:50 AM, 7:15 AM, and 8:07 AM. 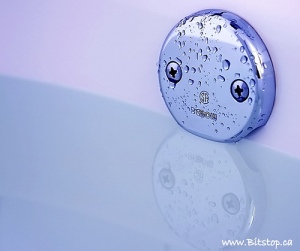 For three girls trying to hop in between one another in our primping rituals while getting ready for work, it really makes me want to convert to becoming a night shower-taker. I was one once, but I switched over when I first moved to Hoboken. In my first apartment, the shower truly spoiled me with perfect temperatures and pressure.

You have no idea what you’ve got ‘til its gone.

In my downtown apartment, I’ve been told that there is a better chance of hot water at night, but now that I’ve switched to morning showers, I can’t go back. More importantly, I’m stubborn, and I just want to figure out how this situation came to be. My roommates and I just can’t figure out why we don’t consistently get hot water in the shower. We get hot water in the kitchen faucet. So hot, in fact, I’ve used it once to sponge bathe when I first learned of our shower obstacle.

We’ve also learned that if you pull the shower handle really hard to the left, the water seems to get warmer. Either that or the sheer strength it takes to pull on the handle heats up our muscles so that we feel warmer. If I had the proper tools to make the handle loose, I’d have no mercy on the shower. We’d probably also have a flood.

Maybe the shower needs a little love. Maybe we need a new hot water heater. Either way, I’m afraid the roommates and myself are in for a few more months of character-building cold showers and ridiculous stories of bathing in the kitchen sink like pioneer women.

At least when we’re older, we can tell our kids, “In my day, we had to take cold showers!” And, just like my math teacher, I’d be right.